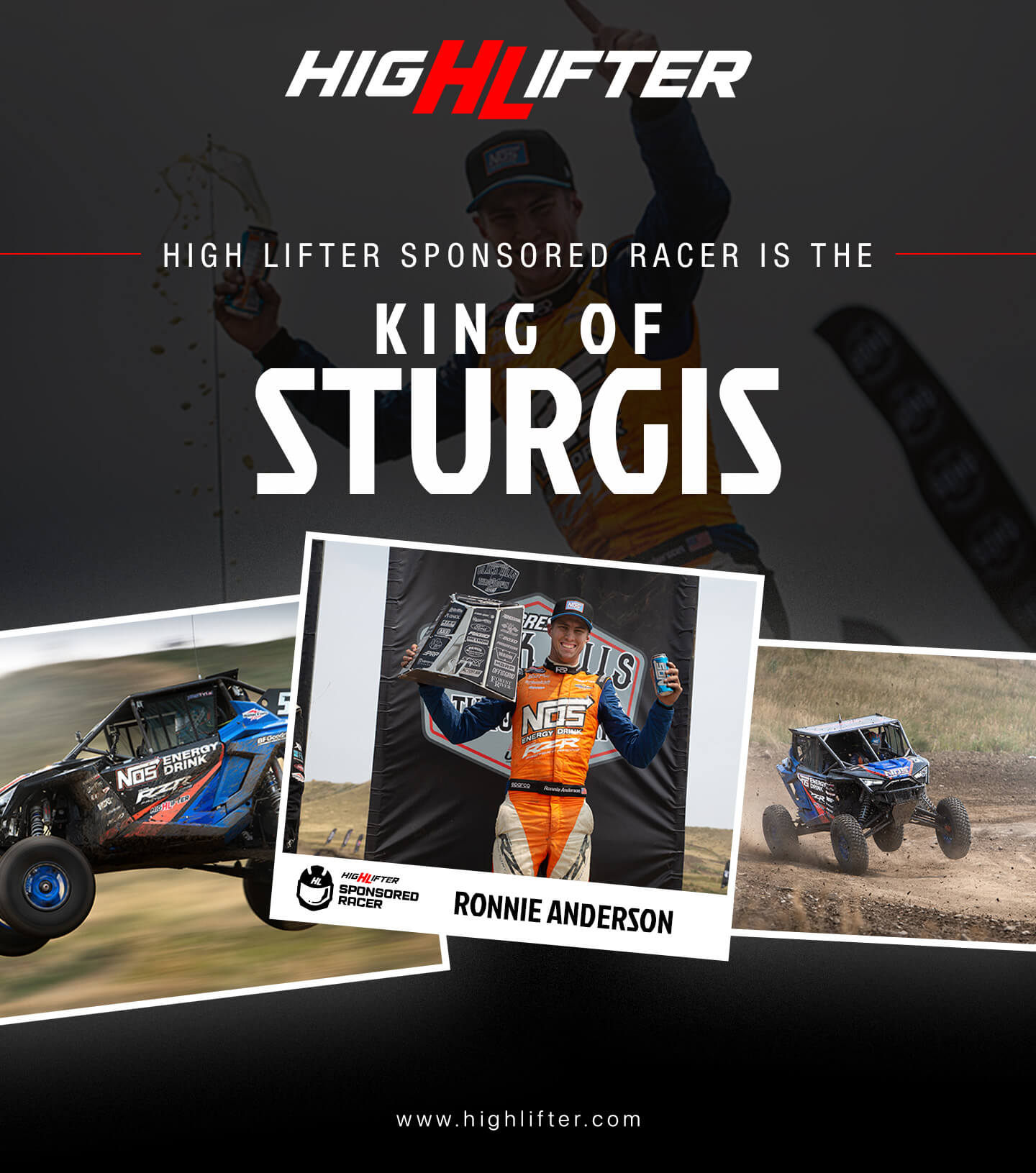 We hit the road for the inaugural Ultra 4 Race that takes place at the biggest biker rally in the United States, Sturgis Bike Week! The event took place at the Buffalo Chip Camp Ground which would see an expected attendance of 401,000 attendees throughout the week.

After a 4th place finish at King of Hammers this year Ronnie would rebuild his High Lifter backed Polaris RZR and would search for his first Ultra 4 podium.

The UTV class was stacked with over 30 entries and Ultra 4 season veterans. The race would be similar to a Moto with 1 heat and then the main. During the first heat Ronnie would put a commanding lead on the whole pack but a mechanical failure would cause him to not finish with just 2 laps remaining.

For the main event Ronnie would be starting in 24th with a lot of traffic to get through. Once the green flag dropped Ronnie would pilot the NOS Energy Polaris RZR into 10th by the end of the first lap.  By the  end of lap 5 Ronnie would move into 3rd . From there Ronnie continued to put time on the leader and would catch him on the last lap and would pass him on the second to last corner.

The Anderson Bros team consists of RJ and Ronnie. With over 20 combined years of racing in off road the brothers have accomplished  7 Off Road Championships and over 200 career podiums. On top of their busy racing schedule, many know RJ for his viral videos producing over 30 million views. RJ is also know as the face of the growing Polaris RZR brand.